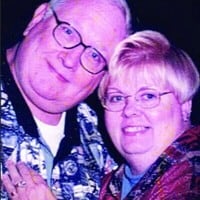 Georgie Joy Reedy, 73, went to her heavenly home on Saturday, January 15, 2022. While she will be missed by many, we are thankful that she is again in the arms of her beloved husband, John Reedy who was called home in 2015.

Born on January 20,1948 in Giles County, she was the daughter of George Pyles and Elliene Chewning Pyles.

Georgie is preceded in death by her eldest son- John Clifford Reedy and her soulmate of 47 years at time of his passing, John Herman Reedy.

Georgie was a woman of faith, strength, and fierce determination. Her career as a bus driver with Stafford County, VA transportation for over two decades suited her servant heart while helping children in the Stafford County, VA community. Georgie attended Faith Bible Church in Pulaski, VA and actively gave back to the community while helping feed those in need. Georgie was also a long-time member of Stafford County Christian church prior to her and her late husband relocating after raising their family in Stafford, VA.

A funeral will be held at 1:30 p.m. Friday, January 28, 2022 in the Bower Funeral Home Chapel, Pulaski, VA with the Rev. Jim Linkous officiating. Interment will follow at the Southwest Virginia Veterans Cemetery (Dublin) at 3:00 p.m.