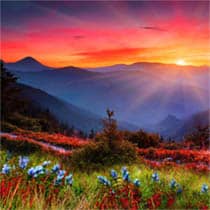 Arrangements by Maberry Funeral Home, Floyd. Online condolences may be made by visiting maberryfuneralhome.com.