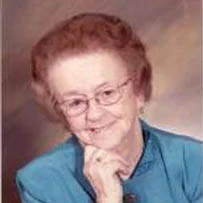 Esther Dulaney Reed, 94, beloved mother and grandmother of Riner, passed away on Wednesday, March 2, 2011, at the home of her daughter in Riner, Va. She was born on March 7, 1916, to the late Harrison and Vina Akers Dulaney in the White Rock community of Floyd County.

In addition to her parents, she was preceded in death by her children, Benny Reed, Jean Altizer, and infant daughter; great-grandson, Dennis Smith; brothers, Herman, Sherman, Ray and Guy Dulaney; and sisters, Ruth DeHart, Dot Crews and Stella Dulaney.

She was a member of the Riner Grace Brethren Church and was well-known for her needlecraft work, crocheting and quilting.

A special thanks to the Good Samaritan Hospice for all the love and care of our mother.

The family is being served by Horne Funeral Service, Christiansburg. Online condolences may be left for the family by visiting hornefuneralservice.com.