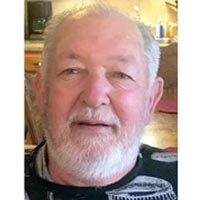 Daniel Wayne Reed, age 80, passed away on Wednesday, June 1, 2022, at the Carilion Giles Community Hospital in Pearisburg, VA, surrounded by his family. Born May 7, 1942, in Kellysville, WV, he was the son of the late Charles Lacy and Virginia L. Robertson Reed.

Daniel worked as a Millwright Mechanic for Celanese in Narrows, VA, for 30 years. He loved fishing with his boys, and especially enjoyed their fishing trips that they would go on, which consisted of four generations. He was a beloved father, grandfather, great grandfather, and brother.

In keeping with Daniel’s wishes, he will be cremated with a memorial service held at a later date. Online guestbook can be signed or condolences may be sent to the family at www.broyles-shrewsbury.com. Arrangements by Broyles-Shrewsbury Funeral Home, Peterstown, WV.