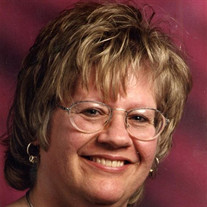 Trinda Lee Redmond, 66, of Christiansburg, passed away on Tuesday, February 27, 2018. She was preceded in death by her husband, Samuel Redmond, her mother, Janet Melhorn; and her father, Carl Melhorn.

Trinda was a 1969 graduate of Northeastern High School in Manchester, PA. She worked for the United States Postal Service until having to retire on disability. Trinda was involved in church activities – serving as secretary, treasurer, and Pastor’s aide under Dr. William G. Weldon at Agape Full Gospel Church in Christiansburg. She was a co-leader along with her husband of the Couples Ministry, also served on the fundraising committee and was a member of the Prayer Ministry under Bishop Anthony Tucker at Greater Mt. Zion UHC in Christiansburg. She also participated on Thursday morning Bible study at Asbury United Methodist Church.

There will be a Memorial Service on Monday, March 5, 2018, at 1 p.m. at Horne Funeral Home with Bishop Anthony Tucker officiating.