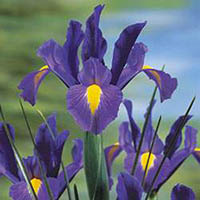 Betty Ross Davis Raynes, 86, of Pearisburg, passed away Friday, December 5, 2014 at her home. Mrs. Raynes was born on February 29, 1928 in Pearisburg, and was a daughter of the late Daniel Miller Davis Sr. and Gladys Kelly Davis.

Mrs. Raynes was retired from C & P Telephone Co., working in Pearisburg, Petersburg and Richmond. After retiring, she moved back to Pearisburg and was a caregiver for many people in the community. She loved attending The Barn in Christiansburg with her friends, listening to music and dancing.

She is survived by one son, William H. Neace Jr. and his wife Diane of Chesterfield County; grandsons, Eric D. Neace of Norfolk, Jason W. Neace of Chesterfield; one sister, Elizabeth Ann Blankenship and husband the Rev. James Blankenship of Petersburg; one brother, Russell L. Davis Sr. and his wife Gail of Ripplemead; many nieces; and nephews; one sister-in-law, Mary G. Davis; many great and great-great-nieces and nephews.

Funeral Services will be held at the Givens Funeral Chapel in Pearisburg, Tuesday, December 9, 2014 at 11 a.m. with the Rev. James Blankenship officiating with entombment following in the Birchlawn Abbey in Pearisburg. The family will receive friends from 6 to 8 p.m. Monday evening at Givens Funeral Home.