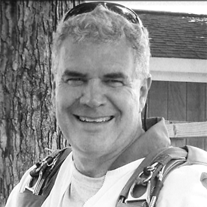 William Reid “Billy” Ray, Jr., 55, passed away Tuesday, January 26, 2016 at his home in Fairlawn surrounded by his family. Billy fought the good fight— a three year battle with brain cancer did not defeat him but the victory was won when he went home to be with our Lord.

Billy was an inspiration to all who knew him and his life was a testimony. His goal was to do the Lord’s work. Billy was a member of Calvary Baptist Church.

He was preceded in death by his mother, Peggy Reves Ray, and sister, Vickie Lee Brown Ogletree.

The family will receive friends from 5 until 7 p.m. on Friday evening and from 1 p.m. until the time of the service on Saturday at the church.

In lieu of flowers, the family requests that contributions be made to Carilion NRV Hospice.

The Ray family is in the care of Mullins Funeral Home & Crematory in Radford, Virginia. www.mullinsfuneralhome.com