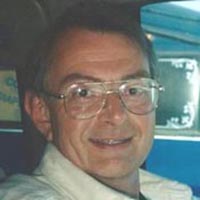 After graduating from Dublin High School, he attended Virginia Tech where he obtained a degree in Theater. For over 35 years he worked in the theater lighting industry, starting his own business called Andrew Ratcliffe LTD which later evolved and Andy became one of the founders and president of AKT3 Company. During his years of work and traveling, he made many friends, enjoyed telling his wonderful stories, and making the world shine brighter.

He was a loving father and is survived by his three children, Alan Parkinson, Audrey Ratcliffe, and Andrew Silas Ratcliffe III.

He was a member of St. Francis Anglican Church in Blacksburg, the Issac Walton League, Sons of Confederate Veterans, and a lifetime member of the NRA. For many years he was a member of the Deal Island-Chance Lions Club and the Maryland Rifle and Pistol Association and taught hunter safety courses in Somerset County, Md.He donated regularly to numerous charities and causes. He loved to ride his Norton motorcycle and his rally car – a Ford Capri, fishing, and traveling with his family and friends.

The family will receive friends from 9 to 11 a.m. on Thursday, June 25, 2015, at DeVilbiss Funeral Home in Radford, Va., with funeral services to follow directly after with the Reverend Jonathan Tagg officiating. Interment will follow at Highland Memory Gardens in Dublin, Va.

DeVilbiss Funeral Home in Radford, Va., is in charge of arragements.