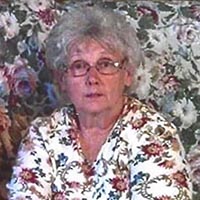 Anita Clark Ratcliffe, 74 of Pearisburg, VA went to be with the Lord on Thursday, September, 10, 2020 at the home of her daughter. Mrs. Ratcliffe was born June 14, 1946 in Pearisburg and was a daughter of the late James Edward Clark and Edna Fern Blankenship Clark.

Mrs. Ratcliffe graduated Narrows High School in 1964, attended New River Community College and graduated from Bible Training Institute, Cleveland, TN. She was a member of Pearisburg Church of God of Prophecy for over 40 years, where she was a Lay Minister. She was also the Children’s Church director and Sunday School Superintendent. For her love of children, she would go into the neighborhood and teach the children about the Bible.

She is survived by one daughter, Misty Ratcliffe Eads of Dublin, many nieces and nephews including special nieces, Regina Hughes Sparks of Narrows, Shelby Farley Evans of Newport, Wendi Ratcliffe Griggs of Pearisburg and special little buddy, Jackson Midkiff.

A celebration of Life will be conducted Monday, September 14, 2020 at 2pm at the Givens-Riffe Funeral Chapel in Narrows with Pastor Bill Brown officiating with burial following in the Ratcliffe Family Cemetery in Pearisburg. The family will receive friends at the funeral chapel two hours before the service from 12 – 2pm.

Memorial donations may be made to the Pearisburg Church of God of Prophecy or Cancer Kids and Christmas, 1815 Old Wolf Creek Rd. Narrows, VA 24124.

We will be observing Covid-19 precautions, please wear a mask and observe social distancing. The family is being served by Givens-Riffe Funeral Service in Narrows, (540) 726-2442, and online at riffefuneralservice.com.