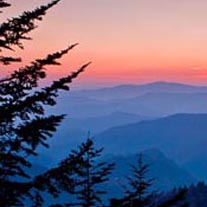 Eloise Harless Ratcliff, 90 of Narrows, departed on her 69th wedding anniversary to be with her love on Tuesday, December 20th, 2016.

A lifelong resident of Giles County, she was born on July 6th, 1926 and was the daughter of the late Haven Hoge and Elizabeth Cruise Harless. In addition to her mother and father, she was preceded in death by her husband, William Jennings Ratcliff; a stepmother, Fannie Earls Harless; four brothers; and a son-in-law, Randall W. Fletcher.

A loving wife, mother, grandmother, great-grandmother, sister and friend, she will be dearly missed by her family and many friends.

Funeral services will be held Friday, December 23rd, 2016 at 1 PM in the Chapel of Riffe’s Funeral Service in Narrows. Burial will follow in Birchlawn Burial Park in Pearisburg. The family will receive friends at Riffe’s Funeral Chapel Friday from 12 PM until just prior to the service. The family requests that those sending memorial contributions, please consider Kathleen Memorial United Methodist Church; 2001 Old Wolf Creek Road; Narrows, Virginia 24124.