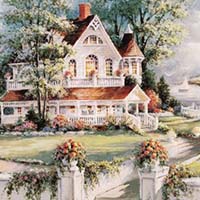 Irene Wilson Rash, age 80 of Pulaski, died Monday May 6, 2013 at her residence. She was born on January 14, 1933 in Russell Co., and was the daughter of the late Nannie Honaker Wilson and Willie Edward Wilson.

Mrs. Rash was a member of the Family Worship Center in Pulaski. In addition to her parents, she was preceded in death by her two husbands, Willard E. Woodyard, Sr. and Paul R. Rash and six sisters.

Funeral services will be held Thursday May 9, 2013 at 2:00 p.m. at the Family Worship Center, 955 Memorial Drive Pulaski, Virginia 24301 with the Rev. Dr. C.R. Conner officiating. Interment will follow in Highland Memory Gardens. The family will receive friends on Thursday at the church from 12 Noon until 2:00 p.m. service time.

Flowers will be appreciated, but for those who wish, they may make memorial contributions in her memory to the American Diabetes Association Richmond-Petersburg , VA Office, 530 E. Main Street Richmond, Virginia 23219. Online condolences may be sent to the family by visiting www.seaglefuneralhome.com Arrangements by Seagle Funeral Home, Pulaski. 540-980-1700.