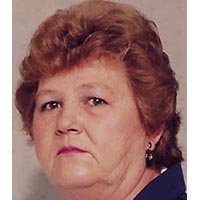 Clonia Agnes “Aggie” Dalton Dalton Ramey, 77 of Radford, passed away on Sunday, November 8, 2020. She is preceded in death by her parents, Isaac & Mary Dalton.

A private graveside service will be held.