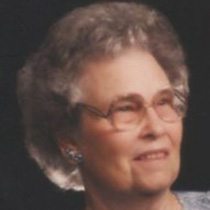 Our precious mother, Violet Mabry Rakes went home to be with the Lord on Thursday, December 29, 2016. Born April 5, 1924 in Pulaski County, she was the daughter of the late Franklin Tate Mabry and Nellie Wheeling Mabry.

Growing up in a family of twelve during the depression, she had many hardships as well as many blessings during her 92 years. She became a member of the Wilson’s Grove Primitive Baptist Church in Snowville in 1953. She looked forward to being reunited with her loving husband of 62 years, Sidney E. Rakes as well as her beloved son, Randy C. Rakes.

Funeral services will be held Tuesday 11:00 a.m., January 3, 2017 in the Bower Funeral Home Chapel Pulaski with Elder Lowell Hopkins and Elder Carlton Brown officiating. The family will receive friends from 10:00 a.m. until service time at Bower Funeral Home. She will be laid to rest in Highland Memory Gardens, Dublin.