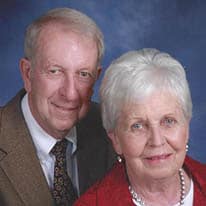 Kenneth Lee Rakes, 80, of Pearisburg, Virginia passed away peacefully on October 30th, 2021. Ken was born on July 4th, 1941, in Dickenson County, Virginia and was a son of David Ross and Vonnie Marie Branham Rakes. He is preceded in death by his parents and an infant daughter.

Ken was a graduate of Narrows High School and attended the University of Virginia. He was publisher and owner of the Virginian Leader newspaper in Pearisburg, Virginia where his career spanned over 60 years. He served on the Board of Directors of the National Bank in Pearisburg as well as the Board of Directors for Carilion Giles Community Hospital for many years. He was a member of the First United Methodist Church in Narrows.

The family will receive friends on Tuesday, November 2, 2021, at First United Methodist Church in Narrows from 12 – 1 pm with funeral services following at 1pm at the Church with Doug Armstrong officiating. Burial will follow the service at Birchlawn Burial Park in Pearisburg.