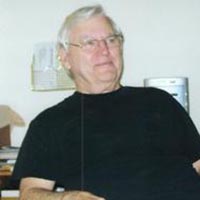 Tracy Horton Quesenberry, age 79 of Dublin, died Monday, April 27, 2020 at Carilion New River Valley Medical Center. He was born on October 7, 1940 in Allisonia, and was the son of the late Posey Waitman and Mary Louise Bell Quesenberry.

He was a life-long resident of Pulaski County, and attended Allisonia and Hiwassee Elementary Schools, and was a graduate of Dublin High School. Tracy retired from United Parcel Service in January 1982 due to an accident. He had to use a wheelchair for mobility, but he never gave up. He bought a 35 foot motor home and a car to tow behind it and drove another 55 thousand miles including two trips to Yellowstone National Park, and made several trips to Kansas City and many trips to Alabama, Florida, Georgia, North Carolina and South Carolina, and Tennessee.

A private graveside service will be held at Highland Memory Gardens, Dublin.