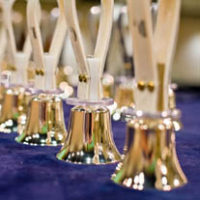 Mont was a graduate of Berea College and Radford University with a Master’s degree in music. He was choir director at Dublin High School and Pulaski County High School until his retirement in 1991. Mont was also choir director at Memorial Baptist Church for many years. One of his loves and greatest accomplishments was the bell choir that he established and directed at Memorial Baptist Church.

Mont was loved and respected by everyone that knew him. He was a compassionate man who loved to help those in need. Many people have benefited throughout the years from his generosity.

Mont was a dedicated fan of Pulaski minor league baseball. Each year he would “adopt” one or more players. He would cook for them and take them shopping, etc. and he always kept the team supplied with sunflower seeds. He rarely missed a game, both home and away. With the help of his brother and nephew he was able to attend a double header at Calfee Park just a few days before his death.

Per Mont’s request he will be cremated and there will be no public memorial service. There will be a private family service at a later date. Anyone wishing to honor Mont please make a donation to your favorite charity.