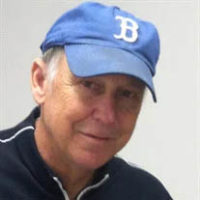 Gary S. Quesenberry (71) of Radford, VA and formerly of Pulaski and Draper, passed away January 11, 2020 just short of his 72nd birthday on January 31st.

Gary lived his whole life in the New River Valley. In his childhood, he lived on Apple Tree Street in Pulaski and as an adult he lived in Draper prior to moving to Radford with his wife, Jeanie.

Gary was a graduate of Pulaski High School and VA Tech (BS, Accounting, ’70). He worked at Wytheville Community College prior to joining the Commonwealth of Virginia, Auditor of Public Accounts. He retired from employment in 1998 and devoted his time to playing golf and doing home projects. December 8, 2011, Gary received a kidney/pancreas transplant from an anonymous donor at Wake Forest Baptist Hospital in Winston Salem, NC. Through the selfless act of a stranger and their family, Gary was given an additional eight years of life!

He was a “people person.” He loved getting to know people and never met a stranger. He had a sharp wit and a great sense of humor, always ready with a joke. He would always say he was not “your average bear.” Gary also had a great love of music and when times were hard, he would sometimes start singing.

Gary had a love and passion for the Lord. He prayed constantly for anyone and everyone. He would tell people about Jesus and what He meant to him. He would tell them that Jesus was the One who brought him through all the hard times and good times. He would often quote and old Imperials song, “He didn’t bring us this far to leave us….” Jesus was Gary’s Lord and Savior.

Gary’s other love was his wife, Jeanie. In nearly every conversation, he would start talking about how great a wife she was and how lucky he was to have her in his life. She is a better person for knowing and loving him. Always.

Visitation will be at Auburn Baptist Church on Wednesday, January 15, 2020 at 2:00 pm, the Memorial Service following at 3:00 pm with Reverend Shake Smith officiating.