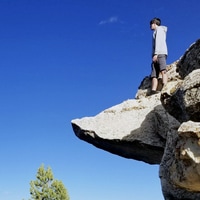 December 8, 2021, Christopher Lee Pyles was peacefully called home to be with His Lord due to a diabetic coma. He was born in Montgomery County, Virginia, on August 10, 2001. He is the son of Aaron Elizabeth Manfrede of Peterstown, WV, Brett Manfrede of Orlando FL, and Roy Lee Pyles and wife Eliza, of Pearisburg, VA.

Christopher was loved by many and by all who knew him. He was one of the kindest and most tender­hearted people you could ever have the privilege to spend time with. He was always about saving nature and preserving God’s creation. Chris held many roles in his life, he was a son, a brother, a grandchild, a nephew, an uncle, a friend, and an example of what an amazing human being should be like. He was a lover of music, animals, putting his thoughts and feelings on paper, always trying to encourage others with that witty smile and that little giggle of his. Chris was a gentle soul. He is loved deeply and will be missed by all his family and friends.

You who know Chris knew that he was an avid gamer! This started at the early age of three at Granny Bee’s house where he would sit and play games with all his uncles and aunts. The first word Chris said was lo-a-d-i-n-g!!!

Christopher loved his family and loved doing family things, like spending time with cousins running and swimming in the back yard family pool. He loved to be helpful, always had a caring heart. Chris was a man of few words, but when he spoke, he spoke with passion about the things that meant something to him. He had a love for paleontology and had always been able to spit facts about dinosaurs and prehistoric creatures. Once you began listening, he could just go on and on about all the facts he had learned from his many studies. He was a very wise old soul.

Christopher had an uncanny sense of humor, always wanting to make others smile. He would have you rolling in the floor at some of the things he would say. He, from a very young age, had this observational sense of humor. Many times, he would just say things off the top of his head that would just crack us up. You sometimes would be amazed at just how corny his humor could be. Which in essence is funny within itself.

Chris was a very loyal person and if you had him on your team, he was your forever friend. He would never turn his back on someone that he considered to be his person. His mother was his person and he made her so proud which brought Christopher much happiness. His kindness, compassion, and loyalty were some of his greatest assets. He displayed all these things in his everyday life and was truly an example for us all on how to live life. With this being so, he will forever be remembered.

Chris accepted the Lord when he was a very young boy. He had a full understanding of what God had done for him and how much he was loved by his Heavenly Father. I firmly believe that when the sun rose on this fateful morning, the Lord was waiting with open arms for him to make his journey forever home. He will be forever missed, but I am sure he will be waiting just over yonder for all his family to come home with him.

Funeral services will be held at 11:00AM on Tuesday, December 14, 2021, at the Broyles-Shrewsbury Funeral Home Chapel in Peterstown, WV, with his grandfather, Pastor Paul Broyles officiating. The family will receive friends from 6:00PM until 8:00PM on Monday, December 13, 2021, at the funeral home.