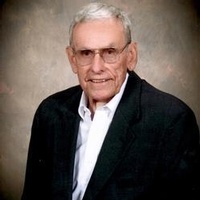 Claude Edwin Pugh, Jr, 88, passed away on June 4, 2015 at his home in Radford. He served in the Army National Guard for 33 years as Master Sergeant at the Radford and Pulaski Armories. Following his Guard service, he worked at St. Albans Hospital for a number of years. His quick smile and kind words will be missed by all.

He was preceded in death by his parents Claude and Ocie Pugh and his wife of 58 years, Nancy Coleman Pugh. Survivors include his children and their spouses, Jackie and Randi Lemmon of Blacksburg, C.E. Pugh and Dnae Kinzie of Iowa City, Iowa, George and Tracy Pugh of Modesto, Calif. and Anne and Craig Chrisman of Radford; grandchildren Brandie (Derek) Rountree, Katie and Nick Lemmon, Maia and Cort Pugh, Jordan, Logan and Avery Pugh, and Taylor, Preston and Parker Chrisman; great-granddaughter Delaney Rountree; and sister Elsie (Curtis) Lewis.

Special thanks given to Good Samaritan Hospice in Christiansburg, and especially to his nurse Denise Dellinger; to sitters Shirley, Linsey, Jackie, Carrie, Angie and Carolyn who made it possible for him to remain at home.

The family will receive friends from 5 p.m. until 7 p.m. on Sunday, July 12th at Unity Christian Church, 400 Tyler Avenue, Radford, Va. A memorial service will follow at 7 p.m. with the Reverend Wendy Wilson officiating. Interment will follow at 10 a.m. on Monday, July 13th at the Southwest Virginia Veterans Cemetery in Dublin, Va.

The family requests any memorials be made to Unity Christian Church, 400 Tyler Avenue, Radford, VA 24141. The Pugh family is in the care of Mullins Funeral Home & Crematory in Radford. www.mullinsfuneralhome.com