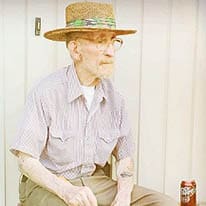 Jack was in the United States Army and served in the Korean Conflict. Although we could write a book about all his ventures in life and many good deeds, Jack was a simple man, and we’ll leave it with “To know him was to love him.”

He is survived by his son and daughter-in-law, Barry and Diane Price of Pearisburg, granddaughter and her husband, Erin and Daron South of Pearisburg, his great grandkids, Harlei Pollard, Lane South and Lynzey South, one brother, Harold Price and his wife Ann of Pearisburg, two sisters, Dorothy Harrell of Dublin, Wanda “Susie” Stump of Pearisburg, numerous nieces and nephews whom he loved dearly and special caregiver, Brandi Robertson of Narrows.

Funeral services will be conducted Sunday, February 6, 2022, at 2pm at the Givens Funeral Chapel in Pearisburg with Charles Henderson officiating with burial following in the Eaton’s Chapel Cemetery in Staffordsville, Va. The family will receive friends at the Givens Funeral Home, Saturday evening from 5 – 7 pm.