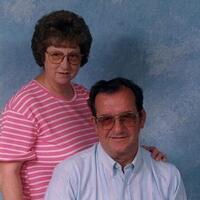 Considered a “jack of all trades”, he was a roofer for many years. He loved racing and drove in many races. His favorite NASCAR driver was Dale Earnhart, Sr. He was a proud veteran of the United States Army and served during the Korean Conflict. He was a member of the VFW Post #6000.

Besides his parents, he was preceded in death by the love of his life, Joan Dalton Price, a daughter, Reba Lynn Kirk, a brother, William C. Price, Jr. and a sister, Doris Price Sink.

Strictly following the mandated assembly restrictions, there will be no public services at this time. He will be buried at the Southwest Virginia Veteran’s Cemetery.