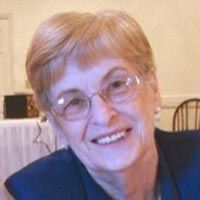 Reba Rakes Price, 74, of Mooresville, NC, and formerly of Narrows, and Pearisburg, VA, passed away on Friday, June 19, 2015. Reba was born on April 28, 1941 to the late Earnest and Genoa Rakes. She was also preceded in death by her brother, Roger Wayne Rakes.

Reba was a 1959 graduate from Narrows High School and later obtained her Realtors license and was a certified EMT. She also worked many years as a medical secretary. She loved photography, scrapbooking, studying the Bible, but most importantly, her family and grandsons! She is survived by her husband, Carl Price, of Mooresville, NC, and her children, Chris Price, and wife, Terrie, of Swannanoa, NC, and Connie Cranor and husband, Sam, of Mooresville, NC; and her three grandsons, Weston Cranor, Blake Cranor and Zachary Cranor of Mooresville, NC; her brother Terry Rakes, and wife, Gale of Blacksburg, VA, and sister, Patsy Riley, of Kilmarnock, VA. A Celebration of Life will be held at 11:00 AM on Tuesday, June 23, 2015, in the Givens Funeral Home Chapel in Pearisburg, VA., with Minister Jim McKinney officiating. Interment will follow at Eaton’s Chapel. Visitation will be held from 10 – 11am at Givens Funeral Chapel. Online condolences can be sent to the family at givensfuneralhome.com.