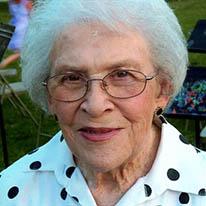 Pauline Woodyard Price, 93 of Pearisburg, VA went to be with the Lord on Wednesday, June 2, 2021 at her home. Pauline was born on April 16, 1928 in Harlem, KY and was a daughter of the late James Harmon Woodyard and Cora Lee Humphreys. Besides her parents, she was preceded in death by her husband, Paul Ralph Price, Sr., two sons, George R. Price, Paul Ralph Price, Jr. and numerous brothers and sisters.

Pauline moved to Poplar Hill in 1931 where she grew up. She graduated Pearisburg High School (Red Devils). She worked the B & B Store in Pearisburg and then met her husband, Ralph. She then kept his books and was a stay-at-home mom raising their two children. After Ralph passed away, she went to work at Wal-Mart in Christiansburg for 22 years. After retirement, she loved spending time with her family, grandchildren and great grandchildren.

Pauline will be cremated, and a private burial will follow at a later date. Online condolences can be sent to the family at givensfuneralhome.com.