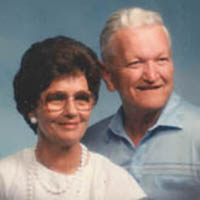 Derl Dudley (Jerry) Price, 83, of Radford, passed away Saturday, March 22, 2014, at Carrington Place in Wytheville. He was retired from Radford Army Ammunitions Plant with over 40 years of service and served his country in the U. S. Air Force. In his younger years he was an avid hunter, hunting with his Dad. He also enjoyed playing softball and did so until his age made him retire. Bowling became an important part of his life and he bowled on several leagues.

He was preceded in death by his parents, Fred R. and Kathleen S. Price, and his wife, Louise Miles Price.

Survivors include his daughters and son-in-law, Debbie Akers and Chet Frethiem, of Wytheville and Cheryl and Robert Tilley, of Salem; grandchildren and spouse, Michael Mann Jr. and Sarah Akers, of Dublin, J. D. Akers, of Wytheville, and Jessy Hylton, of Lafayette, LA; great-granddaughters, Allison and Megan Akers, of Dublin; sisters and brothers-in-law, Odessa Phillips, of Dugspur, Freda and Jack Cromer, of Blacksburg, Peggy McKendree, of Roanoke, and Wanda Price, of Blacksburg; brother-in-law and sisters-in-law, Charlie Miles, of Christiansburg, Flo Miles, of Radford, and Josephine Miles, of Christiansburg; and sister-in-law and spouse, Mary Alice and Ralph Moore, of Maryland.

Graveside services will be held at Monday, March 24, 2014 at 2 p.m. at Highland Memory Gardens Mausoleum in Dublin with the Rev. RuthAnne Henley officiating. In lieu of flowers, the family requests that memorial contributions be made to your local Veteran’s association.

The Price family is in the care of Mullins Funeral Home & Crematory in Radford. www.mullinsfuneralhome.com