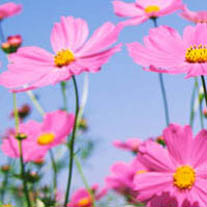 Survivors include two sons, Michael and James Prescott of Dublin; daughter, Alma Prescott of Dublin; grandchildren, Tyler Gravely, Matthew and Josh Prescott, Brandon Burress and Mazie Covey; brother and sister-in-law, Jerry and Brenda Akers of Pulaski; sisters and brother-in-law, Pam and Gordon Middlekauff of Vinton, and Sandi Meachum-Dearman of Mississippi; and very special sister-in-law and companion Vickie Akers and Glenn King of Radford; and a number of nieces and nephews.

Memorial services will be held at 2 p.m. on Tuesday, December 13, 2016 at the Mullins Funeral Home in Radford with Rev. John Tibbs officiating.

The Akers family is in the care of Mullins Funeral Home and Crematory in Radford. www.mullinsfuneralhome.com