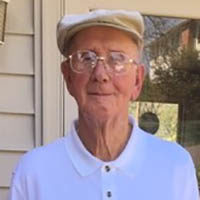 Thomas Guy Powers, 94, of Pulaski passed away Wednesday, January 15, 2020. He was born in Rural Retreat, VA on June 12, 1925 and was the son of the late Emory Cooper Powers and Alma Vaughn Powers – one of thirteen children.

Tom was a proud veteran enlisting in the United States Army at the age of 17 and served in WWII and the Korean Conflict.

Funeral services will be held Tuesday, January 21, 2020 at 2:00 PM from the First Presbyterian Church with Rev. Melissa McNair-King officiating. The family will receive friends in the Church Sanctuary from 1:00 until the service hour. Burial will follow in the Southwest Virginia Veterans Cemetery, Dublin at 3:00 PM.