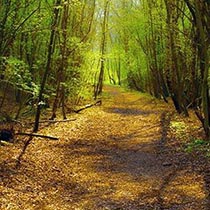 Mary graduated from Memminger High School in Charleston, SC. She completed an Associates degree in Business. She was the the first civilian employee on the United States Army War College in Carlisle, PA. In addition to being a homemaker, Mary worked as a bookkeeper for Harrisburg Hospital, Harrisburg, PA, Deckman and Associates, Camp Hill, PA as well as the Agricultural Department and Public Affairs at Virginia Tech, Blacksburg VA until her retirement.

Mary was an avid reader, book club member, and world traveler. She enjoyed entertaining and cooking. She was an active member of Luther Memorial Lutheran Church, Blacksburg, VA for more than 46 years.

Mary’s family is deeply appreciative of the excellent care given by the staff of Warm Hearth, Good Samaritan Hospice, her friends and church family. Each one kept her engaged in the community after her world narrowed.

A memorial service will be held at Luther Memorial Lutheran Church on Saturday, November 30, 2 pm. Pastor Monica Weber will preside at the service of Word and Sacrament.