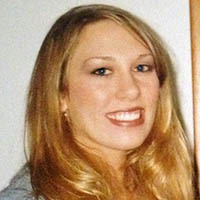 Jessica Michelle Porterfield-Mann was a beloved daughter, granddaughter, sister, mother and friend. She was born October 6, 1979 in Pearisburg, VA, to Keith Oliver Porterfield and Trena Carol Porterfield. From the moment she entered the world, she was loved by all who knew her.

Never a shy child, she began singing in church at the age of 3, and was a natural entertainer. She loved performing for her family and for her church congregation. By the time she reached her teens, she was a gifted pianist and guitarist, and could give the most experienced drummer a run for their money. Music and singing were her first loves, and all who had the privilege of hearing her play or sing were blessed by her talent and anointing.

Jessie was a graduate of Mercer Christian Academy, and went on to receive a teaching degree from Concord College. While still in college, she began singing with her family’s gospel group, The Hughes Family. This brought her so much joy. She loved traveling to churches all over southern West Virginia and spreading the gospel. Many would say she had the voice of an angel, and there was rarely a dry eye whenever she sang.

These are the memories that we hold close to our hearts. Jessie’s story is a complicated one, and much of what happened next, we struggle to understand. But one thing is certain- she loved her children, Gabriel and Maddox, most of all. They were her happiness and light in the darkest of times.

Jessie was preceded in death by both of her grandfathers, Oliver Porterfield and Jack Hughes, but leaves behind so many to cherish her memory. She is survived by her loving sons, Gabriel Harris and Maddox Mann, and her husband Adam Mann of Peterstown, WV. Her parents, father Keith Porterfield and stepmom Betsy of Athens, WV, and mother Trena Hodges and stepdad Duane Hodges of Bluefield, WV. Two loving sisters, Stephanie and Joey Bowles of Lerona, WV, Amy and Aaron Oxley of Princeton, WV, stepbrother Billy and Chelsea Walker of Glenwood, WV, and sister-n-laws Ashley Mann and Stephanie Nipper of Peterstown. She is also survived by two grandmothers, Louise Hughes of Princeton and Betty Porterfield of Peterstown, as well as a host of very special aunts, uncles, cousins and nephews that loved her dearly. She had a special bond with her Uncle Rusty, in particular, who was always there no matter the circumstance.

In one of Jessie’s last conversations, she wrote this:

“I believe in my God. His will be done. This life is just a blink. Forever is a lot longer. I’m not perfect, but I know who holds my future.”

A private service will be held to honor our beloved Jessie at a later date.