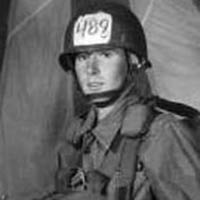 He loved history and could retell many old stories that he heard from his father and uncles. He lived all of his 70 years on the farm where he was born and spent countless hours roaming and exploring the mountains and hillsides. He was a hunter, but most often just liked to watch the deer, wild turkeys and bears that shared his land. Sitting on Cave Hill was his favorite pastime, especially if he could sit in the grass among his cows.

Cecil always put his family and his animals first, but his friends and neighbors always came a close second. He was generous with his time, his vast knowledge of obscure and arcane facts, and his love. He loved a good story or song and he was always happy to share them, often putting his own colorful spin on them, his melodious voice rising and falling like his beloved mountains.

He loved the night as much as the day, and considered an evening of watching the stars and calling screech owls to be time well spent. Sharing such evenings with him are among his wife and children’s most cherished memories.

Cecil served two tours of duty in Vietnam. He was proud of completing jump school at Fort Benning and of his service in the 1st Cavalry Division. He always considered his fellow Vietnam veterans as his true brothers.

He was preceded in death by his father and mother, Aldon and Claudia Wickline Porterfield and an infant daughter. He is survived by Jean Link Porterfield, his loving wife of 46 years, his son, Jason Porterfield (Corona Brezina), and his daughter, Amanda Porterfield (Daniel Berger). He is also survived by his brother, Albert Porterfield (Brenda) and his sisters, Adelia Arrington, Florence Montgomery, and Martha Umberger.

Funeral services will be held at 3 PM on Thursday, October 30 at Sherry Memorial Christian Church, Mountain Lake Road, Newport. Interment will follow on the family farm on Cave Hill Road. The family will receive friends at Kendall Funeral Home, 605 Snidow St., Pembroke on Wednesday, October 29 from 6-8 PM. Online condolences may be sent by visiting kendallfuneralhome.com.