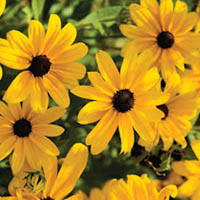 In accordance with his wishes, he will be cremated and his cremated remains will be interred at Restvale Cemetery in Copper Hill in a private graveside memorial service.