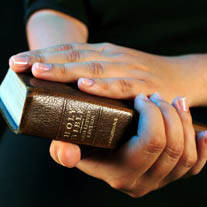 Lois Ann Stafford Poff, 64, of Pulaski, went to be with the Lord on Saturday, January 3, 2009 at Pulaski Community Hospital. She was born June 14, 1944 at Staffordsville, Va., the daughter of the late Betty Marie Dalton and Dan Vest Stafford. She was also preceded in death by her stepmother, Wilma Stafford, a stepsister, Elva Ridpath and a stepbrother, Frank Bryant. She loved the Lord with all her heart and attended several local churches. She is survived by her husband of 45 years, M. L. (Skooty) Poff; one son, Richard Lee (Ricky) Poff, Baltimore, Md.; one brother, Robert (Bobby) Stafford, Garner, N.C.; two sisters, Willie S. Wilson, Victoria, Texas, Georgia S. Friedenstab, Galion, Ohio. Funeral services will be Wednesday at 2 p.m. at A. Vest & Sons Funeral Home, White Gate, with the Rev. James Alley officiating. Burial in Birchlawn Burial Park, Pearisburg. The visitation will be Tuesday after 1 p.m. at the funeral home, with the family receiving friends from 6 to 8 p.m.