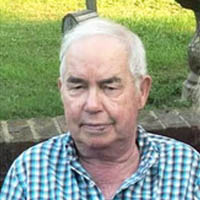 James William “Bill” Pitzer, age 79, passed away on Saturday, July 9, 2022, at his home in Salisbury, NC. Born December 3, 1942, in Lindside, WV, he was the son of the late Herbert H. and Ethel B. Handy Pitzer. Bill was a U.S. Air Force Veteran who had served during the Vietnam War and Cuban Missile Crisis. Later, he worked construction and retired as construction superintendent. He was a beloved father, grandfather, great grandfather, brother, and friend.

Funeral services will be held at 2:00PM on Saturday, July 16, 2022, at the Broyles-Shrewsbury Funeral Home Chapel in Peterstown, WV, with Darrell Mann officiating. Burial will follow at the Peterstown Cemetery in Rich Creek, VA. Visitation will be from 1:00PM until time of services on Saturday at the funeral home. The family requests that those attending the services honor Bill by dressing in casual clothing, as that is the way he would want to see you.

In lieu of flowers, the family requests that donations be made in Bill’s name to your local food bank, which was a cause that he cared deeply for. Online guestbook can be signed or condolences may be sent to the family at www.broyles-shrewsbury.com. Arrangements by Broyles-Shrewsbury Funeral Home, Peterstown, WV.