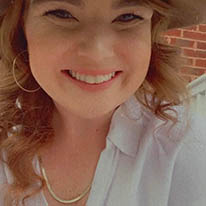 Campbell was a member of Christ Episcopal Church and served in the Youth Choir, Sunday School, Young Alter Guild and as a Youth at Council Leader for the Diocese of Southwest Virginia, receiving the Beverly S. Parish Award in 2017 for her faithful service. Most recently, Campbell was a beloved member of First Baptist Church of Radford, Virginia.

In lieu of flowers, the family is requesting that a donation be made in Campbell’s name to the Epilepsy Foundation. www.epilepsy.com