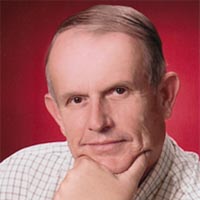 Henry Sims Pittard, age 69, of Riner moved to his heavenly home on Friday, December 7, 2018. He was born in Lynchburg to the late Henry and Nancy Pittard and was raised in Altavista.

He attended Ferrum College and graduated from Virginia Tech in 1972. He attended Blacksburg Christian Church where he held the office of Sunday School Superintendent, was a member of the board, and involved in all church activities. Henry retired from Virginia Tech Services. He was a Mason for 30 years, a member of the Hunters Lodge #156 A.F. & A.M. as well as Snowsville Lodge #159 A.F. & A.M.. Henry was District Instructor of work for 25 years, assisting brother Masons in becoming leaders in the Lodge of Masonry.