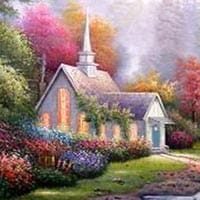 Pauline McNeil Pitsinger, 91, went to be with the Lord on Sunday, December 27, 2015. Born February 13, 1924 to the late Everette and LeNora Flinchum McNeil in Pilot, Montgomery County, Va.

She was married in 1944 to Robert E. Shelton of the U. S. Army Air Force during World War II. In 1947 that marriage was blessed with a daughter, Charlotte Elizabeth Shelton McDonald. In 1964, she had a second marriage to the Reverend Barney Pitsinger. They enjoyed 25 years of marriage and serving United Methodist Churches in Virginia.