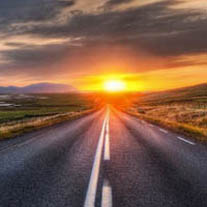 Edward Lee (Bud) Pippin, 88, of Roanoke, Va., died on Tuesday, September 18, 2007 at his home. Bud was born on April 6, 1919 in the Cadet section at Big Stone Gap, Va. and was a son of the late Albert N. and Molly Bishop Pippin. Besides his parents, he was preceded in death by his beloved wife, Lucille Martin Pippin; his twin sister, Edna Marie Pippin and sister Jemima (Jaye) Edens.

Bud was a Army Air Corp Veteran of WW II and was retired from McClean Trucking Company of Winston-Salem, N.C. with a record of over a million miles safe driving.

Funeral services will be conducted on Friday, September 21, 2007 at the Givens Funeral Chapel at 2 p.m. with the Rev. Everett Shepherd and the Rev. John Tibbs officiating with entombment following in the Birchlawn Abbey in Pearisburg, Va.

The family will receive friends at the Givens Funeral Home in Pearisburg, Thursday evening, September 20, 2007 from 6 to 8 p.m. Full Military honors will be givens the the VFW of Narrows and the Pembroke and Narrows post of the VFW. Online condolences can be sent to the family at www.givensfuneralhome.com.