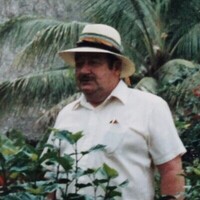 Thomas H. Pifer Sr., 90, passed away peacefully Friday morning, July 31, 2020. Born March 27, 1930 in White Sulphur Springs, West Virginia, he was the son of the late D.O. (Dolphus Odell) Pifer and Doris Williams Pifer. In addition to his parents, he was preceded in death by his wife Thelma Simpson Pifer, his brother Herman (Nubby) Pifer, and his daughter-in-law Elizabeth Pifer.

Tom’s father, Dolph, was recruited as a welder to work in the constructioin of the Radford Arsenal and the Pifer family moved to Dublin. Tom started school at Dublin High School and worked in the newly formed Pifer Motor Company in downtown Dublin. He served in the Army during the Korean war in Europe in the Finance Corps. He served in Heidelbert Germany and Fountainblue France at NATO Headquarters. After the military he managed Simpson Trucking Company for his father-in-law, Ray C. Simpson and was involved in large projects hauling aggregates from the New River Valley to the construction of the beltway surrounding Washington D. C. He attended accounting school at Bluefield and worked at the airport in Princeton, W.Va. for his Aunt Daisy Pifer Lynch and Uncle George Lynch. George owned a flight school and trained many WWII pilots and trained Tom to fly and obtain a pilot’s license. He worked 30 years as an accountant and Industrial Engineer at the Radford Army Ammunition plant. He won the Army’s top Energy award as the Plant’s Energy Coordinator. While working at the Arsenal he partnered with Jones Brothers Construction into house construction and developed several subdivisions in the Dublin and Christiansburg areas. He possessed a very determined and hard-working spirit and disciplined work ethic, and he built and managed his own rental properties. He also owned a grading and paving company led by a great foreman operator and special friend, Jack Black. He used his accounting skills in all his endeavors and could calculate large numbers in his head faster than many could on a calculator.

Thomas Pifer was a Mason and Shriner. He loved history and often talked about his family’s history. He honored his parents and stayed in touch with his mother every day. He liked to travel and drove his parents with their special cousins all the way to Alaska. He talked often of his faith in God and was a firm believer in the Bible and prayed often and for salvation. He was a member of New Dublin Presbyterian Church and served as an Elder and helped fund and provided maintenance services.

Visitation will be from 12-2 pm on Tuesday, August 4th at the Mullins Funeral Home & Crematory in Radford. Funeral services will begin at 2 pm with Pastor Timothy Hight officiating. Interment will follow in Highland Memory Gardens in Dublin. Masks are required and are available if you need one.

It is encouraged that in place of flowers, donations may be made to the Children’s Home of the Highlands, Inc, P.O. Box 545, Wytheville, VA 24382.

The Pifer family is in the care of Mullins Funeral Home & Crematory in Radford. www.mullinsfuneralhom.com