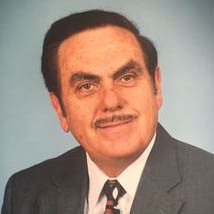 He is preceded in death by his mother and father, Ella and William Pickerel; sister, Madeline Beasley; brothers, Beverage and Curtis Handy; and son, Darrell Glenn Pickerel.

Glenn was an accomplished businessman working in management with Pulaski Furniture Company for 32 years before retiring in 2000. He was also an active Deacon at Memorial Baptist Church in Pulaski for many years, as well as an avid hunter and loved being outdoors. His grandchildren remember him as a kind and fun-loving grandfather who always encouraged and loved them dearly. Although, his time with his great-grandson, Zechariah was short, they had a bond that was unexplainable.

Family will receive friends at Memorial Baptist Church in Pulaski, Virginia on Monday, January 18, 2016, from 6 to 8 p.m. Funeral services will be held on Tuesday, January 19, 2016, at 11 a.m. from the Memorial Baptist Church, Pulaski with the Rev. Michael Jones officiating. A Graveside service will be held at Woolwine United Methodist Church in Woolwine, Va. At 2 p.m. following the funeral service. Burial will follow in the Woolwine Cemetery. Following the graveside service the family will be in the church social hall.

In lieu of flowers the family asks that you make a donation to Memorial Baptist Church.