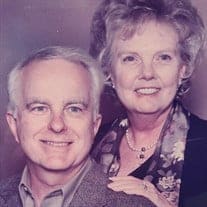 Howard was a proud veteran of the Marine Corps; he was also a teacher and obtained three masters degrees during his life. He served as a Pastor in many Methodist churches on the Eastern Shore.

He was involved and supported many organizations through out his life including, being an RV enthusiast, firearm enthusiast, supporter of the Antique Boat Museum, being involved with the Habit for Humanity and was able to raise enough donations one year to build a home; he also enjoyed sailing.

The family request instead of flowers monetary donation be made in honor of Howards life to one of the following organizations that meant so much to him including, Antique Boat Museum located at 750 Mary Street Clayton, NY 13624, Habit for Humanity, or Doctors without Borders.

Nancy and the family are so appreciative of the thoughts and prayers from their friends and loved ones. A memorial service to honor Howard’s life will be held later in the spring season when a date is determined at Blacksburg United Methodist Church.