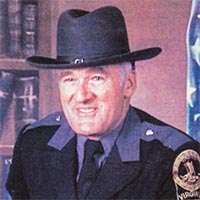 Kennard (Ken) Louis Phipps, 85, most recently of Dublin VA – the Lord took him home early on Tuesday morning, July 16, 2019. A native of Lee County Virginia, he was the son of the late Earnest and Bessie Phipps.

He leaves to cherish his memory his sons Kevin Scott Phipps (Sandrina), Reston VA; Gregory Randall Phipps (Teresa), Blacksburg VA; his grandson Kirk Lewis Phipps (Stephanie), Charlotte NC; Sylvia Heidenry Phipps, Blacksburg VA, former spouse of 49 years; and many other extended family members. Ken made so many friends and acquaintances over the years both inside and outside the law enforcement community and will sorely be missed.

The family would like to extend a special thank you to the many people who spent time with Ken over the last year. He was touched by your visits and really looked forward to people stopping by. Also, the staff at Highland Ridge in Dublin went above and beyond in their care of Ken.

Family will receive friends Thursday, July 18, from 6 p.m. – 9 p.m. at the McCoy Funeral Home in Blacksburg. The service will be held on Friday, July 19, at 11 a.m. in the McCoy Funeral Home Chapel. Interment will follow at the Westview Cemetery in Blacksburg. In lieu of flowers, contributions may be made in Ken’s memory to either the Virginia State Police Association, 6944 Forest Hill Avenue, Richmond, VA 23225 or to your local SPCA chapter.