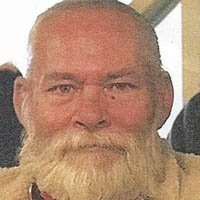 John “Jimmy” Lester Phipps, 56 of Narrows, Va. went to be with the Lord on Friday, March 5, 2021 at Carilion Roanoke Memorial Hospital. John was born on August 10, 1964 in Ahoskie, NC and was a son of the late John Howard Phipps, Sr. and Emma Jean Flanagan Phipps.

Jimmy attended Murfreesboro High School in NC but graduated with a GED with his mother Emma Jean. Jimmy was a member of the VFD and the Rescue Squad in Como and Conway, NC. He worked at the NC Forestry Services which helped battling wildfires in TX in 1998 and in FL in 1999. Jimmy held many jobs in his lifetime, Perdue Chicken Farms, Dockside Oyster Farms, Drake Tire, Auto Zone, Dollar General and at the Mountain Lake Lodge.

Jimmy enjoyed spending time with his friends and family, always cooking something. His “Jimmy Beans” & NC BBQ among many of the family favorites. He was an avid bowler with Steph and family. He also enjoyed fishing whether day or night. You could never go anywhere with him that he did not know someone, he never met a stranger. For several years in December, we would lay wreathes as a family at the Veterans Cemetery. He was little in stature but had a very big heart and will be missed by all his family and friends.