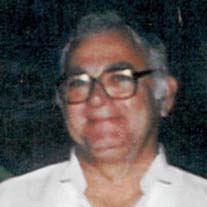 William Eugene Phillips, age 79, passed away on Thursday, November 30, 2017, at his home in Peterstown, WV. Born February 25, 1938, in Marytown, WV, he was the son of the late Frank Phillips and Stella M. Bailey McClung. William was an equipment operator for General Motors. He was a beloved husband, father, and grandfather.

Funeral services will be 1:00 PM on Tuesday, December 5, 2017, at the Broyles-Shrewsbury Funeral Home Chapel in Peterstown, WV, with Pastor Terry Lambert officiating. Burial will follow at Keaton Cemetery in Greenville, WV. Friends may call from 12:00 PM until time of services on Tuesday at the funeral home. Online guestbook can be signed or condolences may be sent to the family at www.broyles-shrewsbury.com. Arrangements by Broyles-Shrewsbury Funeral Home, Peterstown, WV.