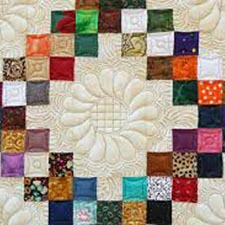 Minnie Meadows Phillips, 82, of Rich Creek, passed away peacefully into the arms of God on Tuesday, March 11, 2008 at Carilion Giles Memorial Hospital in Pearisburg.

She was born in Mercer County, West Virginia on August 17, 1925 and was the daughter of the late Robert Jonathan and Nellie Melvin Meadows. In addition to her mother and father, she was preceded in death by her husband of over 40 years, Marion Francis Phillips, a son, Dale Phillips, three sisters, Clatie Pennington, Denver Haywood, and Ival Maynard, seven brothers, Bill Bailey, Robert Bailey, Mason Bailey, Leonard Meadows, Orville Meadows, Marvin Meadows and Kelly Meadows, and one grandchild, Rodney Cumbee.

She was a member of Goodwin’s Chapel Church of Christ in Oakvale, West Virginia and always looked for opportunities to witness for the Lord. She was an avid quilter, having made hundreds of quilts throughout her life, sharing most of them with families and friends she loved.

Funeral services will be held Saturday, March 15, 2008 at 2 p.m. in the Chapel of Riffe’s Funeral Service in Narrows, with Jim Mullins, Minister, officiating. Burial will follow in Sunset Memorial Gardens in Rich Creek. The family will receive friends at Riffe’s Funeral Service in Narrows Friday from 6 to 8 p.m. The family requests that those sending memorial contributions, please consider Goodwin’s Chapel Church of Christ in Oakvale, West Virginia. Online condolence messages can be sent to the family at www.riffes.com.