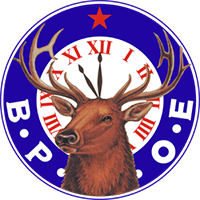 James Robert Phillips, age 74 of Pulaski, died Friday, November 27, 2020 at his residence. He was born in Pulaski on March 7, 1946. He was a U.S. Marine, a member of the American Legion, was a member of the Elks where he proudly served as treasurer for many years, and a graduate of Virginia Tech in 1970.

In addition to his parents, he was preceded in death by a brother: Claude Franklin Phillips. He is survived by his wife of 54 years: Mary Lou Cox Phillips of Pulaski: two sons; James Robert Phillips, II of Little Creek and John (Devin) Phillips of Amherst : a sister; Linda (Butch) Vanhoozier of Fairlawn: aunt; Marie Hedge-Handy: grandchildren; Emily Phillips, Chelsea Phillips both of Amherst, Marlee Phillips of Albany, GA. Also blessed with an abundance of great neighbors.

The family will be receiving friends on Wednesday, December 2, 2020 at Seagle Funeral Home from 10:00 a.m. to 11:00 a.m. A private funeral service will be held at the funeral home at 11:00 a.m., with a private burial to follow in Oakwood Cemetery.