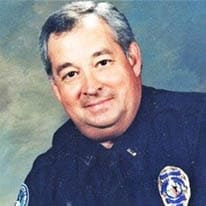 It is with great sadness that we announce Harold Alton Phillips, 73, of Salem, Virginia, passed away on Tuesday, December 21, 2021. He was preceded in death by his parents, Freda and Wyatt Phillips of Kyle, West Virginia, and brother, Jerry Phillips of Floyd, Virginia.

Harold was drafted into the United States Army on March 12, 1968, and served in the 534th Military Police Company, in the Quarry Heights – Canal Zone of Panama. After serving our country for two years he went on to obtain an Associate Degree in Police Science at Virginia Western Community College. He followed his calling to protect and serve by joining the Roanoke County Sheriff’s Office where he worked for 15 years, obtaining the rank of Lieutenant. Harold transferred from the Sheriff’s Office in July of 1990 and continued his leadership at the Roanoke County Police Department, retiring in February 2003.

Harold was a quiet but strong leader, gaining respect and admiration from the many officers he worked with. He also knew how to live life to the fullest, making weekend trips to Smith Mountain Lake for more than 20 years and annual family beach trips. Harold was an avid golfer and loved spending time with his family, watching his grandkids play, and enjoying those cheap cold beers.

We will celebrate the life of this wonderful man at the Oakey’s South Chapel, 4257 Brambleton Avenue. Visitors will be accepted on Monday, December 27, 2021, from 2 to 4 p.m. and from 6 to 8 p.m. The Funeral Service will be held at the same location at 10 a.m. on Tuesday, December 28, 2021. The Graveside Service will follow at 1:30 p.m. at the Indian Creek Primitive Baptist Church Cemetery in Willis, Va.

In lieu of flowers, if you wish, donations can be made to the First Responders Children’s Foundation, www.1strcf.org. Online condolences may be shared with the family at www.oakeys.com.