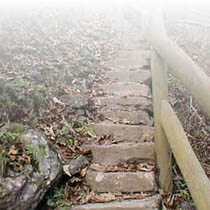 As well as being a devoted wife and mother she was also a member of the business world, as the Corporate Secretary and one of the original founders of Robinson-Philllips Coal Co., Phillips Coal Company, Maple Leaf Dairy, Inc. and Crossroads Ranch, Inc. The position she was the happiest in was as a member of the staff of Pediatrician Jose Arroyo, MD in Arcadia Florida for 17 years.

She is survived by her devoted son and daughter-in-law, David L. and Paulette H. Phillips of Pearisburg; three grandchildren and their spouses, David Phillips II and his wife Lorrie of Radford, Tamara N. and husband Bob Poole of Bradenton, Florida and Jessica N. and husband Zachary Adams of Evington; six greatgrandchildren, Christopher Stephen, Jordan Harrison, Raymond James and Emily Danielle Phillips of Radford and Haylee Grace and Reagon Faith Adams of Evington. Her two surviving brothers are James Frank Powers Jr. of Hansford, Calif. and Estell Miller (Jack) Powers of Ashland, Ky.; two sisters survive, Ann Huffer of Churchville, and Verna Legg of Beckley, W.Va. She is also survived by numerous nieces and nephews, as well as many beloved friends at Sam Robinson Apartments in Pembroke and Old Orchard Place Apartments in Pearisburg.

Visitation will be one hour prior to a 2 p.m. funeral service Saturday, August 25, 2006 conducted by the Rev. Eddie Kendall at Kendall Funeral Home in Pembroke. Burial will follow at Angels Rest Cemetery in Narrows, Virginia.