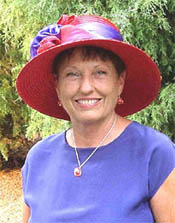 Brenda Gayle Williams Phillips, 61, of Pulaski, reunited with her mother in Heaven Tuesday morning, March 18, 2014. She was born in Henry County June 15, 1952 to Wilbur Marvin Williams Jr. and the late Irene Reeves Williams. She was a 1970 graduate of Pulaski High School and received her nursing degree from Community Hospital of Roanoke Valley. She was employed by Pulaski Health and Rehab Center.

In lieu of flowers, the family would appreciate donations be made in Brenda’s honor to one of her favorite sports associations: Lady Cougars Basketball Boosters; Fairlawn Warriors – Phillips; and or Virginia Warriors – Fritz. Donations may be handed to Jeff in person or mailed to Brenda Phillips at 834 Carriage Hill Drive, Pulaski, VA 24301.

Stevens Funeral Home, Pulaski, is in charge of arrangements.