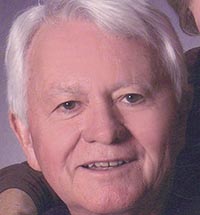 Ervin Ebne Pettersen of Radford, VA died at home with his wife and family at his side on March 15 after a lengthy illness. Erv was 76 years old. Erv was born in Haugesund, Norway on March 13, 1944 and immigrated with his parents and sister to the United States in 1951, settling in Eastport, Annapolis MD where he spent the remainder of his childhood.

He spent much of his early and mid-adult life in Annapolis where he and his wife Mary Jane raised their family. Erv was a basketball standout at Annapolis High School and after graduation went on to attend Virginia Polytechnic Institute (Virginia Tech) as part of the engineering Co-Op program between Tech and the former Annapolis Experimental Station and David Taylor Naval Ship Research and Development Center. He graduated with a degree in Mechanical Engineering in 1966. While at Virginia Tech, he met the love of his life and wife, Mary Jane Hill, of Norton, VA who was attending Radford College. They have been married for 53 years, raised two children, and spent time living in Annapolis, Dataw Island, SC, Crystal City, VA, and then on to his retirement living in Radford, VA.

Upon graduation Erv began his career as a Naval Engineer first performing as a test engineer and then achieving Branch Head and ultimately Division Head positions in the world renowned U.S Navy Submarine Fleet Silencing Program, a program that has been singled out and highly recognized as being a key program directly responsible for winning the Cold War. He received numerous commendations and recognition from up to and including the President of the United States for his and his team’s efforts. These acoustic advances enabled the U. S. Navy Submarine fleet to become the most technologically advanced fleet in the world. Erv worked for DTNSRDC Annapolis and Carderock, the Naval Sea Systems Command, and for also for Anteon Corp. after his federal retirement. He retired from federal service in 1999, serving 37 years as a distinguished federal employee.

Erv enjoyed most being with his family at home, at the beach, boating, fishing or crabbing on the Chesapeake, and playing sports. During his career, Erv was able to balance work and sports, playing softball and basketball on work and city league teams with his son, brother, and brother-in-law, and many good friends. He also enjoyed many organized running events such as the Annapolis Ten Mile Run and the Bay Bridge Run. Some of the best family times were spent on the front porch of his parents’ home on Boucher Ave. in Annapolis for Friday night dinners and refreshments, and Erv particularly enjoyed Norwegian Christmas Eve traditions and Thanksgiving festivities with his family.

Erv was passionate about and became a dedicated supporter of VT sports, his beloved Hokies, and the school itself. He spent numerous weekends with friends and family enjoying Tech games as a season ticket holder. Friends and family would arrive at his home and enjoy many festive fall football weekends over the years.

A memorial service will be held in both Radford and Annapolis at a later date. In lieu of flowers, memorial contributions can be made to Good Samaritan Hospice of Christiansburg VA or the National Alzheimer’s Association (alz.org).

The Pettersen family is in the care of Mullins Funeral Home & Crematory in Radford, Virginia. www.mullinsfuneralhome.com.