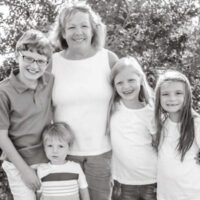 Shirley Diane Queen Peterson, 67, of Hiwassee, passed away Sunday December 29, 2019 in the Pulaski Health and Rehabilitation Center. She was born in Pulaski on August 11, 1952 and was the daughter of the late Charles Cecil Queen and Ruby Lucille Tabor Queen. She was preceded in death by brothers Larry Queen and Donald Queen.

She was a graduate of Radford University and a teacher in Pulaski County for 35 years at Jefferson Elementary School and Critzer Elementary School. During her time as a teacher she had the opportunity to influence the lives of countless students and made many lifelong friends.

Shirley will be remembered as a kind, generous, loyal person with a smile that could light up a room. She was a wonderful wife, mother, sister, aunt, teacher, friend and “Grammy.” Her grandchildren were truly her pride and joy. They spent lots of time together during Wednesday and Sunday dinners, shopping trips, holidays and vacations. She will be greatly missed by all.

Many wonderful nieces and nephews

The family will receive friends at Stevens Funeral Home from 5-7 pm on Thursday January 2. A graveside service will be held at Cecil’s Chapel Church cemetery on Friday January 3 at 11 am. In lieu of flowers, the family wishes memorial gifts be made to the Amercian Cancer Society.