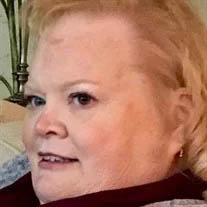 Cheryl Anne “Mira” Peterson (nee Agnew) passed away quietly in her home July 1, 2020 after a long, complicated cancer battle. She was fifty-four.

She had a lifelong love of education beginning at M. M. Robinson High School in Burlington and continuing at York University in Toronto and McMaster University in Hamilton, Ontario. Cheryl studied and earned degrees in History, Political Science and Education.

A hard worker, Cheryl proved invaluable to her father and uncle as office manager at S. N. Agnew Mechanical of Burlington for many years before she began teaching middle school.

She met an American online at the beginning of the internet age. They typed, they talked, they found magic. Presents were exchanged; promises were made. She would come to Indiana to help raise a daughter, Chelsea Ann Snyder (nee. Peterson) and, later, William Michael “Mike” Peterson would take Cheryl back to Canada to care for her loving sister, Karen Lorraine Agnew.

After coming to the United States, Cheryl continued her education career joining the staff at Vinton Elementary School in Lafayette, IN.

Soon, she transitioned to another office manager role as Executive Assistant at Mailcode in Lafayette.

The next move was to Purdue University in West Lafayette, IN. She worked for the head of the Krannert School of Business.

It didn’t take long for then Provost Tim Sands to recruit her for his Executive Assistant.

President Sands then asked Cheryl to join him in Blacksburg, VA. Where she has remained for the last five and a half years.

Cheryl loved shopping everywhere, swimming at Myrtle Beach and decorating the house she and Mike built near a horse farm in Mountain View. She was an avid reader.

She loved fiercely and loyally all her family on both sides of the international border.

There are two grandchildren that only call her “Sweetie,” a name that began with phone calls from Serenity (10) many years ago and has now been adopted by William (3.)

We are all better to have known you.